CHEVY CHASE, Md., Sept. 14, 2021 /PRNewswire/ -- 4-H is going to Hollywood! On Friday, September 24, the award-winning singing competition "American Idol" on ABC will host a dedicated, virtual audition day with 4-H, the largest youth development organization in the country. Through this collaboration with "American Idol" and National 4-H Council, 4-H singers nationwide will audition over Zoom for a chance to become America's next singing sensation. 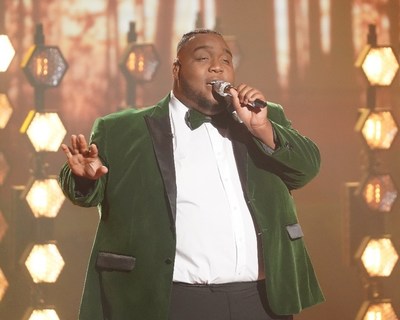 "We are so excited to collaborate with our friends at 'American Idol' to create this once-in-a-lifetime opportunity for 4-H youth," said Ivan Heredia, SVP & Chief Marketing Officer, National 4-H Council. "This unique experience gives our incredible 4-H'ers the platform to showcase their talents and is an example of the many ways Cooperative Extension's 4-H program empowers young people to find their spark and pursue their passions."

"Competing on 'American Idol' was a life-changing experience that kick started my career in the entertainment industry," said last season's runner-up, Willie Spence. "There are so many impressive 4-H'ers who share my passion for music and performance. My message to all of them is to get out there and sing their hearts out at these auditions!"

To register for the 4-H Audition Day, visit https://bit.ly/Idol4H. Registration opened on Tuesday, September 14th at 9:00AM EST and closes on Friday, September 24th at 3:00PM EST. Full details on eligibility requirements, submission forms, and terms and conditions are available at www.americanidol.com/auditions.

ABOUT 4-H
4-H, the nation's largest youth development organization, grows confident young people who are empowered for life today and prepared for career tomorrow. 4-H programs empower nearly six million young people across the U.S. through experiences that develop critical life skills. 4-H is the youth development program of our nation's Cooperative Extension System and USDA and serves every county and parish in the U.S. through a network of 110 public universities and more than 3000 local Extension offices. Globally, 4-H collaborates with independent programs to empower one million youth in 50 countries. The research-backed 4-H experience grows young people who are four times more likely to contribute to their communities; two times more likely to make healthier choices; two times more likely to be civically active; and two times more likely to participate in STEM programs. Learn more about 4H at 4-H.org and follow us on Facebook, Instagram, and Twitter.

ABOUT AMERICAN IDOL
"American Idol," the iconic series that revolutionized the television landscape by pioneering the music competition genre, will return to airwaves for another season on ABC. Helping determine who America will ultimately vote for to become the next singing sensation are music industry forces and superstar judges Luke Bryan, Katy Perry and Lionel Richie. Emmy® Award-winning host and producer Ryan Seacrest will return to the beloved competition series as host.

Last season, ABC's "American Idol" ranked as the No. 1 series in its two-hour time period for the second year in a row among Adults 18-49. In addition, "American Idol" finished among the Top 5 unscripted series last season with Total Viewers (No. 4).