EMMITSBURG, Md., June 5, 2019 /PRNewswire/ — Mount St. Mary’s University President Timothy E. Trainor, Ph.D. announced today that John J. and Patrick J. Rooney, both C’60, and their spouses JoAnn and Sandy, respectively, have given a total of $6 million for a state-of-the-art facility that will promote growth and enhanced performances for the Mount’s Division I athletic program as well as increased intramural sport and recreational opportunities for all students.

Each Rooney couple generously contributed $3 million to substantially fund an athletic performance center that is among the centerpieces of the Forward! Together as One capital campaign. Located within the PNC Sports Complex, the Rooney Performance Center will be part of a project that includes a new campus recreation space, renovated Dillon Field House, new tennis courts, expanded sports medicine area and new Legends Concourse at the entrance to the ARCC.

«My college years were one of the high spots of my life. I was a young kid from Pittsburgh, and the Mount helped form me into the man I am,» said John Rooney, who was a captain of the track and field team in his senior year. «I’d like the current Mount athletes to have outstanding facilities that help them perform to the best of their abilities.»

«My years at The Mount were great years, where I strengthened my Catholic faith, received a wonderful education and made lifetime friends,» said Patrick Rooney, who captained the tennis team in his senior year. «The camaraderie with tennis teammates and friendships developed lasted a lifetime. I am happy to see the tennis team doing well and continue to support the team.» The Rooney family owns the Pittsburgh Steelers; Patrick and John both sold their shares in the team more than a decade ago and have devoted their careers to operating the family’s racetracks, including the Palm Beach Kennel Club.

«We’re deeply grateful to John and JoAnn and Patrick and Sandy Rooney for investing in the Mount to provide our students with this incredible facility,» said President Trainor. «These upgrades and enhancements will be instrumental in helping all our students meet or even exceed their athletic and fitness goals.»

This new 28,000 square foot campus recreation space will feature four multipurpose courts for basketball, volleyball and tennis, expanding athletic opportunities for not only Division I student-athletes, but also for club and intramural sports, as well as general student use.

«Thanks to these transformational gifts, our student-athletes will be able to practice and compete with pride in a state-of-the-art facility,» said Mount St. Mary’s Director of Athletics Lynne Robinson, C’79. «These gifts are a real game-changer for Mount St. Mary’s and will have a tremendous impact on all our programs for many years to come.»

As the Mount has attracted more student-athletes—from 300 in 2015 to 453 today and increasing to 600 at the project’s completion—the need for improved sports medicine and athletic training capabilities has become a top priority in improving the athletic experience.

The Rooney Performance Center is currently in the preliminary design phase with Marotta/Main Architects, based in Lancaster, Pennsylvania. Construction is anticipated to begin in 2020.

The $30 million Forward! Together as One capital campaign seeks to help the Mount build upon its storied 211-year history and grow and adapt to the 21st century and beyond. In addition to the Rooney Performance Center, key projects include expansion of and renovations to the Knott Academic Center, a new science building and the Delaplaine Family Academic Commons, a space for collaboration that will connect the Coad Science Building with the new facility. 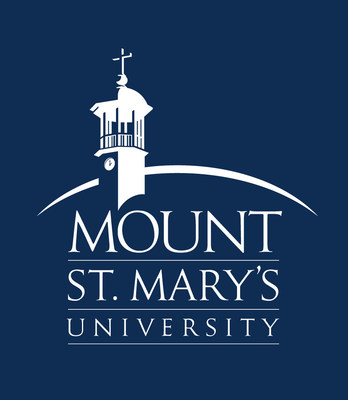